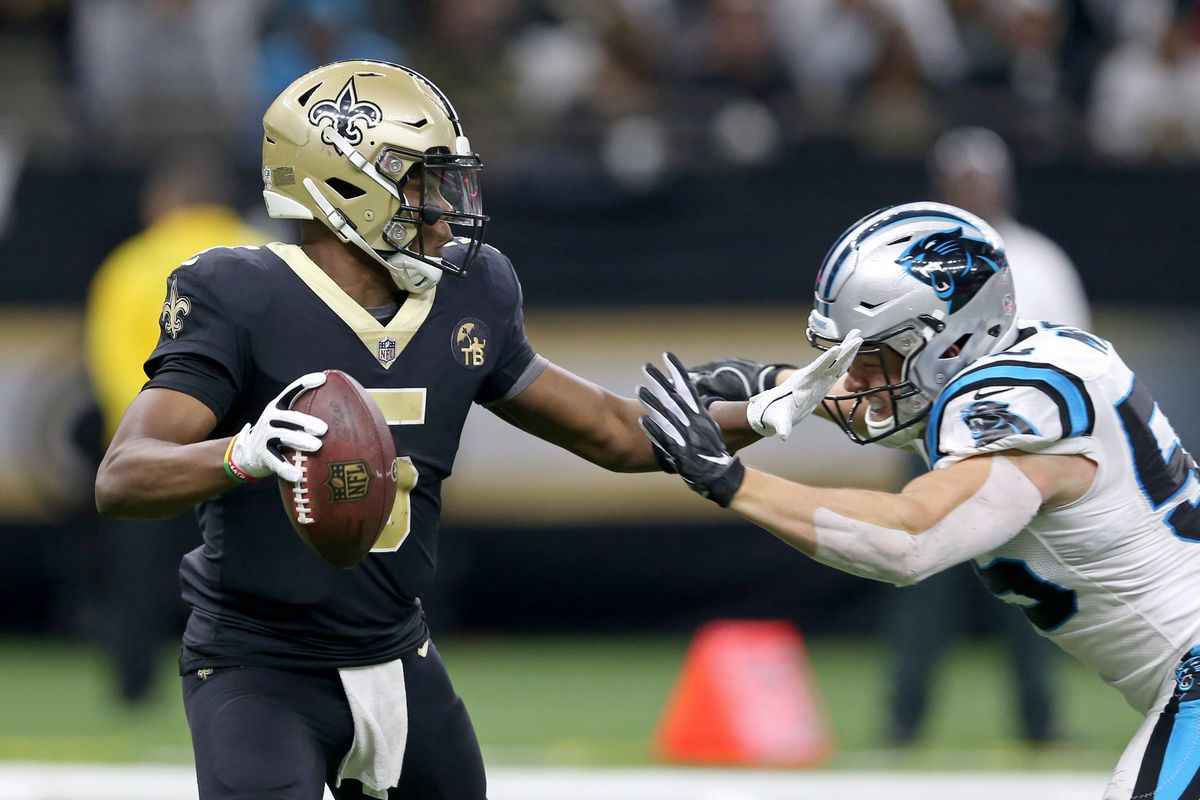 Analysis: Bridgewater is coming off a year where he started five games for the New Orleans Saints en route to a 5-0 performance while replacing injured Drew Brees. He threw for 1,384 yards, nine touchdowns and two interceptions. His level of play reminded everyone of his days as the franchise quarterback for the Minnesota Vikings. He was awarded a three-year, $63 million contract from the Carolina Panthers to replace Cam Newton as their starting quarterback. Even though Bridgewater shows a lot of promise going into this season, I would avoid drafting him. He is going into his sixth season, and he hasn’t played a full season since 2015. That was FIVE years ago! Yes, he had success in New Orleans, but the Saints make everyone look better. They have a great system. Carolina, on the other hand, isn’t like New Orleans. Bridgewater will have a hard time putting up a lot of fantasy numbers, especially with a new team and all of the COVID-19 delays. 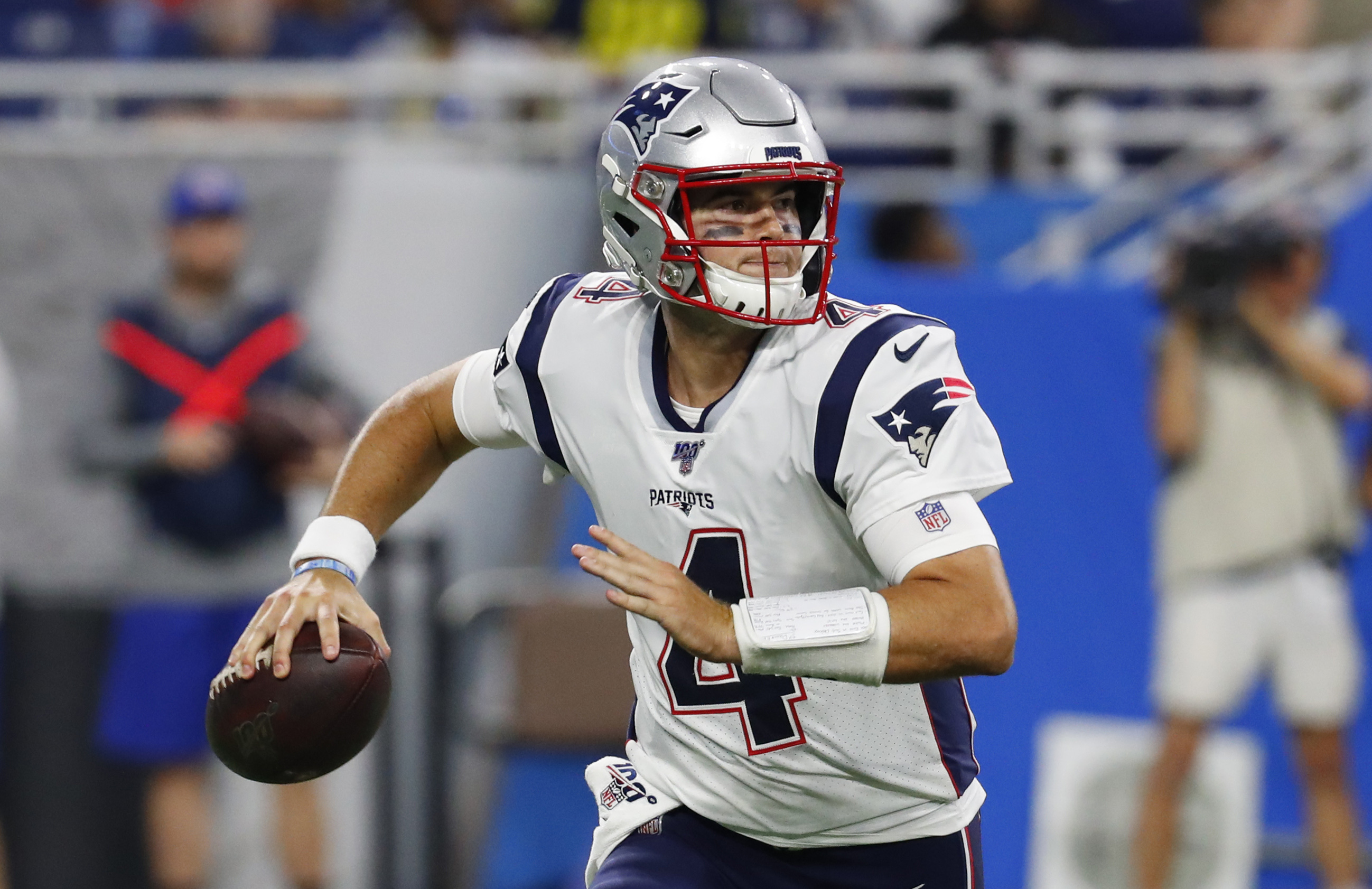 Analysis: The departure of Tom Brady has led to a questionable quarterback committee for Bill Belichick and the New England Patriots. Jarrett Stidham is expected to be “The Guy” this season under center. The second-year man out of Auburn will likely battle journeyman, Brian Hoyer, for the starting spot. Hoyer returns to New England for his third stint with the team, and he will more than likely serve as the backup starting out the season. There’s no certainty to who will end the season as the starter, so I would avoid drafting any New England quarterback for this year’s fantasy season. Maybe one will get picked up as we move into the season, but for now, there is no reason to waste a pick on a New England quarterback. 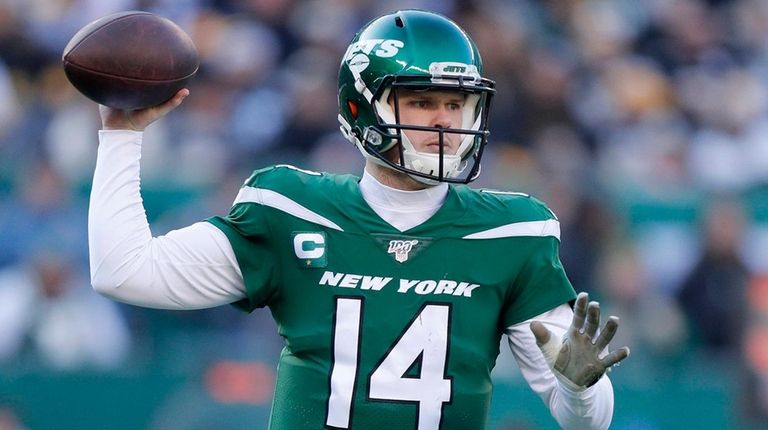 Analysis: In his second season in the league last year, the Jets had high hopes for Darnold. They added former 2x all-pro running back, Le’Veon Bell, to bolster their offense, but things didn’t go as planned. Yes, the Jets went 6-2 in the second-half of the season, but they played teams that combined for a 53-75 record. Throughout the season, Darnold threw for 3,024 yards, 19 touchdowns and 13 interceptions. He doesn’t throw for a lot of yards, and he doesn’t throw a lot of touchdowns. These are two things you look for the most when deciding on who to draft as your fantasy quarterback.

Analysis: There is a quarterback battle in Chicago this offseason, and everyone knows about it. Trubisky is coming off a poor season where he threw for 3,138 yards, 17 touchdowns and 10 interceptions. Just like Darnold, this is not enough when you are deciding what quarterback to draft in this years’ fantasy draft. Trubisky and the Bears finished the season 8-8 when they were going into the season as Superbowl contenders. In comes Nick Foles to battle Trubisky for the starting spot. Foles hasn’t had a good fantasy year ever. He has served as an on-and-off backup and an occasional hero (2018). He has never thrown for 3,000 yards in a season, and he more than likely won’t this season because of the battle between him and Trubisky. Expect both quarterbacks to play this season, and expect both quarterbacks to be benched this season as well. Avoid both quarterbacks to start out the fantasy season.

Analysis: Any other year, I wouldn’t tell you to avoid every rookie quarterback. There have been many rookies who come into the league and put up great numbers right away. Kyler Murray, Dak Prescott, Cam Newton and even Robert Griffin III put up great numbers as rookies in this league. This season is different because of the delayed start to offseason programs due to COVID-19. Yes, I think Joe Burrow, Tua Tagovailoa and Justin Herbert will be great players. Burrow might be the only one starting week one though. If COVID-19 wasn’t a thing, I would say both Tagovailoa and Herbert start week one as well. It will take some time before they start under center, but I believe both will eventually this season. All three quarterbacks shouldn’t be drafted in your fantasy leagues because they will all likely start off slow. Without many offseason programs, the rookies won’t have a feel for how different the game is from their college days.