Welcome back to the rookie fantasy rankings. This week, we will be looking at the Running Back position. Projection: Starter for the Steelers

Outlook: There’s a reason why Pittsburgh let James Conner walk this offseason: THEY WANT A NEW STARTING RUNNING BACK. The Running Back room of Conner, Benny Snell, and Anthony McFarland Jr. combined for 1,202 rushing yards on 313 carries (3.84 yards per carry). Two players alone (Dalvin Cook and Derrick Henry) rushed for more yards than the entire Steelers’ offense did last season as a whole. Pittsburgh also finished last in the league in rushing (1,351) and yards per carry as a team (3.6). Bringing in a guy like Etienne will immediately improve their rushing attack. The incoming rookie finished his college career as the all-time rushing leader in Clemson University’s history (4,952 rushing yards). He also finished his solid four-year-career with 102 receptions, 1,155 yards, and eight touchdowns as a pass-catcher out of the backfield. Sure, some may think Najee Harris is the better fit, but Etienne is surely the safer pick. 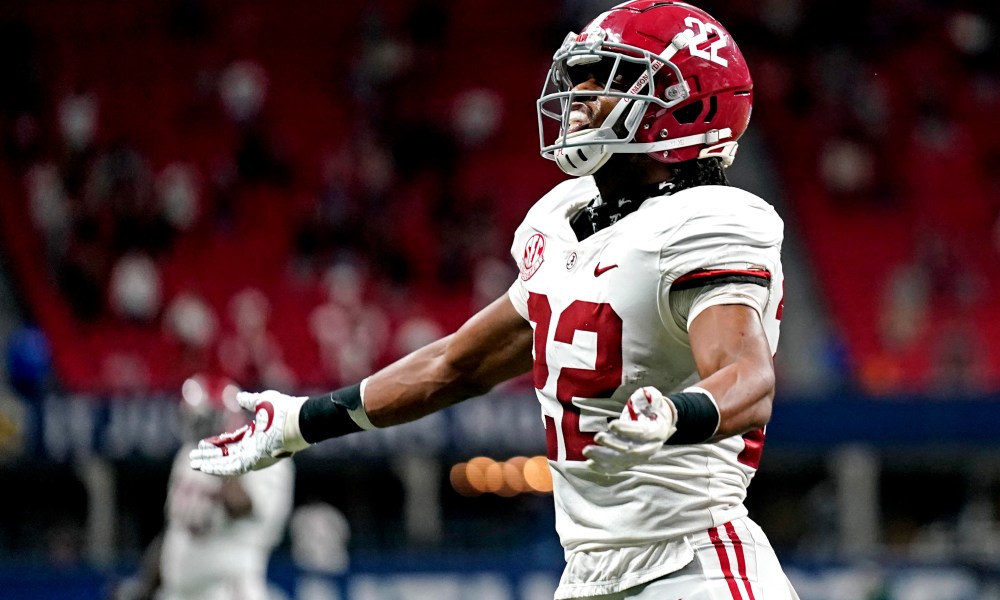 Projection: Starter for the Jets

Outlook: Here’s what we know: the Jets need a Quarterback, but they also need a Running Back as well. Why not combine your rookie Quarterback (probably Zach Wilson) with a rookie Running Back in your new offense? Harris is an ideal fit for Robert Saleh’s new regime. Over time, he would surely become the starter over Tevin Coleman, La’Mical Perine, and Ty Johnson. He brings speed, physicality, and a ton of college experience. In his four years playing for the Crimson Tide, he produced 3,843 rushing yards (6.0 YPC) and 46 rushing touchdowns. He’s an excellent pass-catcher as well: In his senior season, he caught 43 passes for 425 yards and four touchdowns. Expect Coleman to be the team’s primary short-yard/goal-line back, which will limit Harris’ rushing touchdowns. Nonetheless, Harris would absolutely be relevant in fantasy football leagues this season.

Projection: Backup for the Dolphins

Outlook: Miami has four draft picks inside the top 50 (6, 16, 36, 50) this year. Why wouldn’t they address the Running Back position? Last season, they finished 22nd in the league in rushing yards (1,688) and 29th in yards per carry (3.9). They brought in Malcolm Brown, and they are returning Myles Gaskin and Salvon Ahmed. None of these players showcase elite skills to be starting Running Backs for years to come. Enter Javonte Williams. He isn’t the fastest back in this year’s draft (unofficial 4.55 40-yard dash), but he’s explosive and runs with a lot of power. He would serve as a great one-two punch along with Gaskin in Miami’s backfield. If the Dolphins were to draft the North Carolina product, he could surely take over as the workhorse for this team in the future. 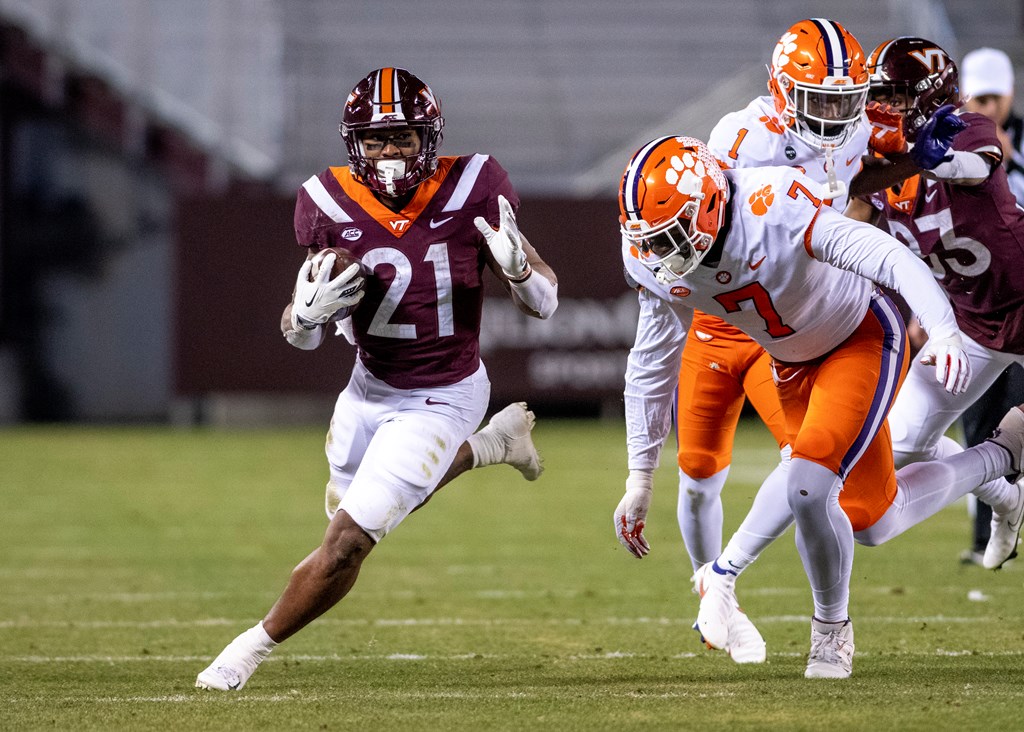 Projection: Backup for the Cardinals

Outlook: Arizona is also in need of a backup Running Back. Kenyan Drake left to play for Las Vegas, and the team looks to make Chase Edmonds their starter in 2021. Herbert would be an excellent addition to this team, as he possesses great enough speed to break away from defenders in the open field. He’s a terrific pass-catcher, catching 10 passes for 179 receiving yards and one touchdown last season for Virginia Tech. As mentioned, Edmonds would likely be the favorite to be the starter, but Herbert would more than likely see a lot of touches in Kliff Kingsbury’s offense. 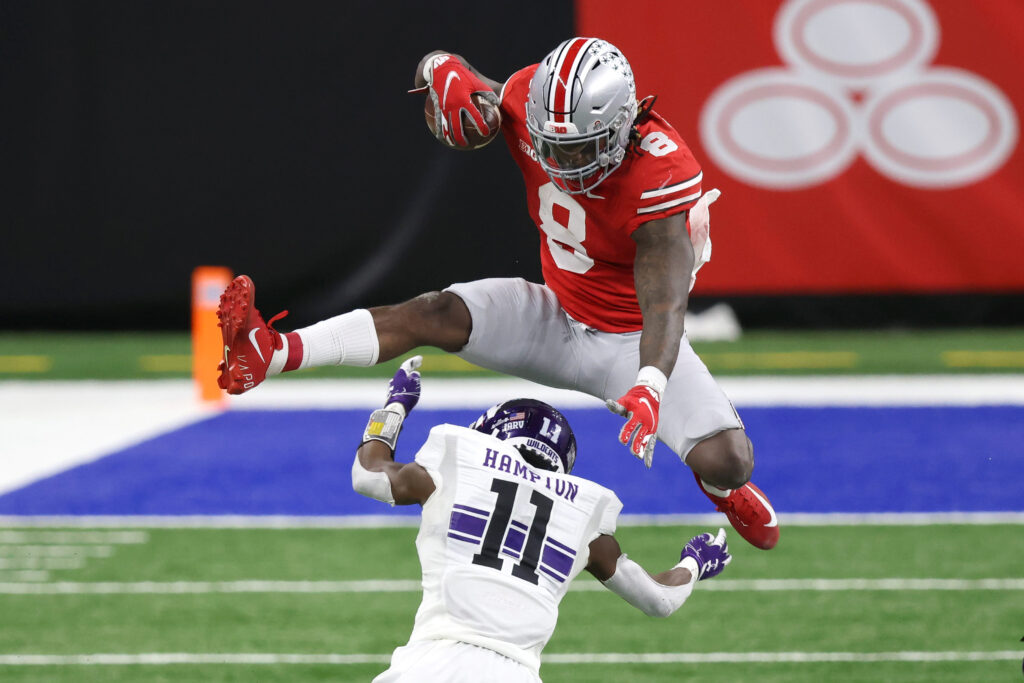 Projection: Backup for the Broncos

Outlook: Denver wants to run the ball, and they also let go of Phillip Lindsay in free agency. Melvin Gordon III should start the season as the clear favorite to be the team’s starting back. Sermon would be a great replacement for Lindsay on this team. He is a shifty back who makes defenders miss on a consistent basis. He hasn’t been the best pass-catcher out of the backfield, but he shows promise. Bringing in a valuable, young backup Running Back is something that the Broncos could potentially find in the middle rounds of this year’s draft.

Projection: Backup for the Falcons