Every year, there are surprise players that end up helping someone win their fantasy league. Below are a few under-the-radar players that could help benefit your team and serve as valuable sleeper picks. They’re not the flashiest names on the market, but they could serve as pivotal pieces to your team this season.

Analysis: Just two years ago, Scott was drafted in the sixth round of the 2018 NFL Draft by the New Orleans Saints as he fought for a spot on an NFL roster. Now, he enters the 2020 season as the sure backup to second-year-pro Miles Sanders for the Philadelphia Eagles. Scott plays similarly to how Darren Sproles played during his time in Philadelphia. He’s short (5’7”), shifty and has great hands out of the backfield. As the third running back on the depth chart last season, Scott showed that he can be just as effective as any other backup running back in the league. He rushed for 245 yards on 61 attempts (4.0 yards per carry) with 5 touchdowns. He also caught 24 passes for 204 yards. Most of his production occurred in the final four games of the season where he racked up a total of 350 yards on 61 touches. With more opportunities this year, Scott could become a great late draft find for fantasy owners. He should serve as the main third-down back that receives about 10-15 touches per game. 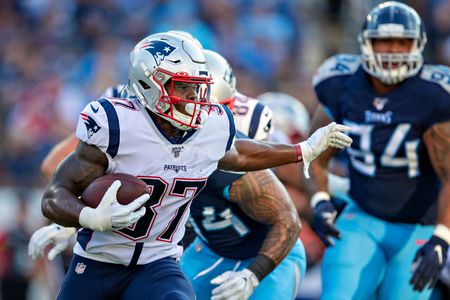 Analysis: It wasn’t too long ago when Harris was leading the Crimson Tide in rushing and scoring touchdowns left and right. The Alabama product finished his college campaign with 3,070 rushing yards and 25 total touchdowns. This led to New England drafting him in the third round of the 2019 NFL Draft last season. While playing behind Sony Michel, James White, Rex Burkhead and Brandon Bolden last year, Harris didn’t receive a fair chance to show his true skills. Now, the second-year-pro is dominating in practice and taking most of the first-team reps with Michel limited. He is now in a heated battle for the starting running back spot, and he could push for a lot more playing time this season. Last season, Michel saw a decline in production as he only rushed for an average of 3.7 yards per carry. Also, James White rushed for a measly average of 3.9 yards per carry as New England could be looking for more production from their lead backs. They haven’t had a running back rush for more than 1,000 yards since 2016 when LeGarrette Blount rushed for 1,161. Although Michel should win the position battle, expect Harris to carve out a decent role in New England’s offense as he could emerge as the top fantasy running back for the club.

Analysis: Is it finally time for Tre’Quan Smith, the former standout from UCF, to finally break out? In just two seasons in the league, Smith has produced 10 receiving touchdowns as he has served as New Orleans’ third or fourth wide receiver option. What is even more impressive is the fact that he produced 234 receiving yards and 5 touchdowns with only 25 total targets in 2019. Entering the 2020 season, Smith is set to start opposite of Michael Thomas while Emmanuel Sanders runs the slot position. In a recent press conference, Sean Payton admitted that Smith is an important part of the Saints offense this year. This seems like Payton is hinting that Smith is due to break out this season as Thomas’ sidekick. Don’t be surprised if Smith is second on the team in receptions and receiving yards. Even his quarterback, Drew Brees, expects bigger things from the third-year-pro. Brees recently told reporters that Smith is a guy who he thinks “ is ready to really blossom and just explode in this offense.”

Analysis: Johnson quietly led the Steelers in targets, receptions and receiving touchdowns last season during his rookie campaign. The former third round draft pick caught 59 passes for 680 yards and 5 touchdowns in 2019. The then rookie was catching passes from guys named Devlin Hodges and Mason Rudolph; imagine how he will do with “Big Ben” Roethlisberger passing him the rock this year. He will serve as one of Pittsburgh’s starting  receivers joining a crowded receiving group that includes rookie Chase Claypool, James Washington and Juju Smith-Schuster. The second-year-pro produced more than 50 receiving yards in 8 games last season, also including the final four games of the season. Johnson should blossom into a larger piece for Pittsburgh this season now that he has a full season under his belt. He currently serves as the 43rd best receiver according to ADP, but he might be worth a WR3 or WR4 spot in most fantasy lineups. 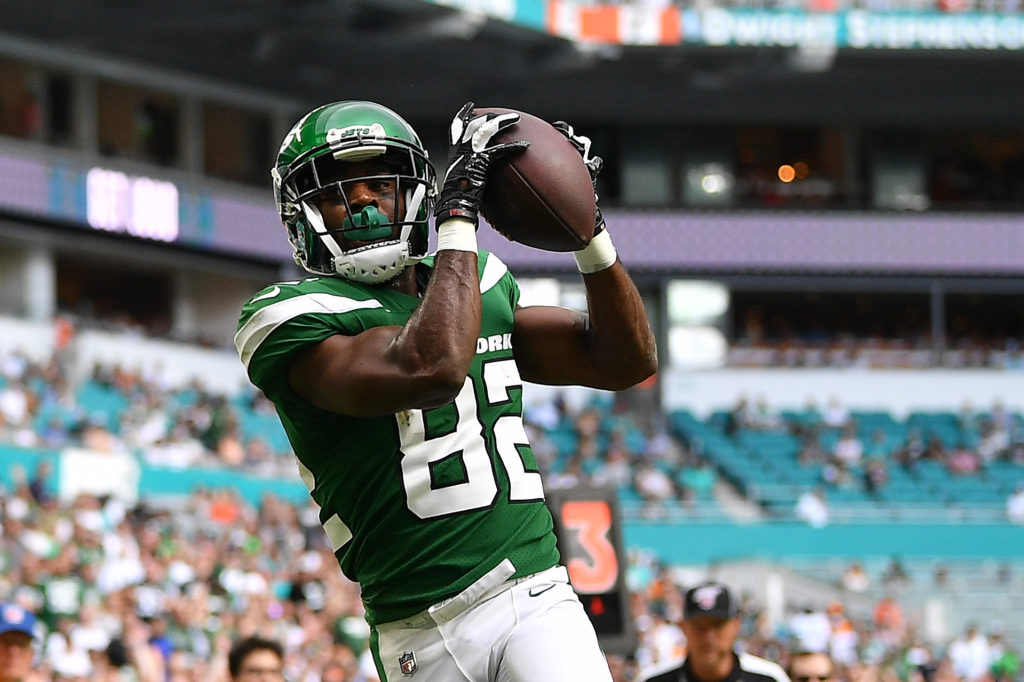 Analysis: It’s always a good sign when your team predicts you will catch 90 plus balls in a season. Crowder’s career high is 78, and he captured that personal record last season. After four years in Washington, Crowder joined the Jets last year and led the team in targets (122), catches (78), receiving yards (833) and receiving touchdowns (6). Even though he led the team in every receiving category, most thought Robby Anderson was New York’s best receiver last season. Anderson has since packed his bags and moved to Carolina to play for the Panthers. Crowder will now be joined by a revamped receiving core that includes rookie Denzel Mims, Breshad Perriman, Donte Moncrief and Chris Hogan. Although there is more talent in the receiving room compared to last year, Crowder is easily the number one receiver. He has the most experience in this offense, and he has a great connection with his quarterback, Sam Darnold. Expect Crowder to lead this team in receiving once again, and he could push as one of the biggest surprises in Fantasy Football this year.