The NFL regular season kicks off in a little over three months from now. That means fantasy football season is coming up quick! We need to start thinking about some possible players to draft for our fantasy teams. Keep in mind, this article is strictly for redraft leagues. If you are in a keeper or dynasty league, some of these players below will not pertain to you (especially the first name). The five players below are QBs who you should avoid drafting in your redraft leagues this season. 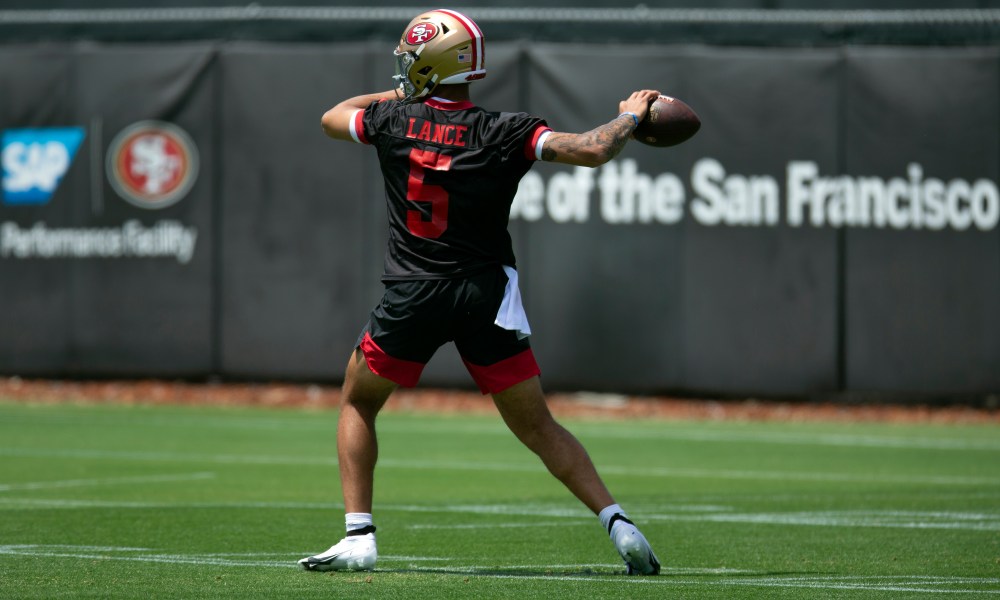 The former North Dakota State product was drafted third overall by the San Francisco 49ers. He only played a total of 18 collegiate games, and he looks to be more of a project piece entering the league. All of the reports have indicated that even though the 49ers traded up to select their future franchise QB, Jimmy Garropolo is still their starter. You may be thinking: “Jimmy G is very injury prone, so Lance could be a steal in the draft.” NOT SO FAST. First of all, wasting a draft pick on Lance because you’re assuming Garoppolo will injure himself is not a given. He has played a full season before, and it’s very unlikely for a starting QB to go back-to-back seasons of missing more than 10 games. Also, haven’t we been hearing that Lance will need time to develop? Surely, the 49ers will roll with Garoppolo as long as they can this season. After all, he is 36-12 as a starting QB, and he led this team to the Super Bowl just two seasons ago. Lance is the “future,” but he is not the “now.” 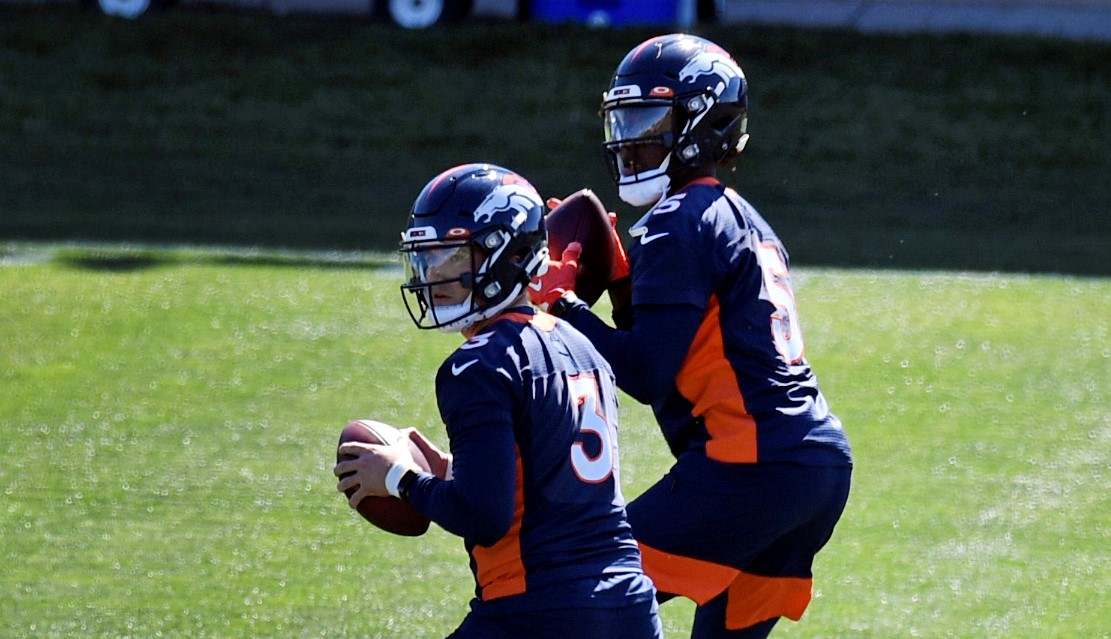 Yes, stay away from both of these Denver QBs. Neither one of them has EVER been relevant in fantasy. Sure, Bridgewater has been a solid “spot starter” when you need one, but he has never finished better than the QB19 (2020) in a single season. And Lock finished as the QB23 last year. There is still some optimism that Denver could pull an Aaron Rodgers trade off, so we don’t even know if either QB will be the sure starter come Week 1. Even without that potential trade, both QBs enter this offseason in a QB battle against each other. Yes, we will more than likely know which QB is the starter once the preseason ends, but who’s to say the Week 1 starter isn’t benched at some point in the season. Currently, Lock’s ADP (average draft position) amongst QBs is as the QB34 and Bridgewater’s is as the QB35. STAY AWAY from both signal-callers as they are in prime positions to become fantasy “duds” this season. 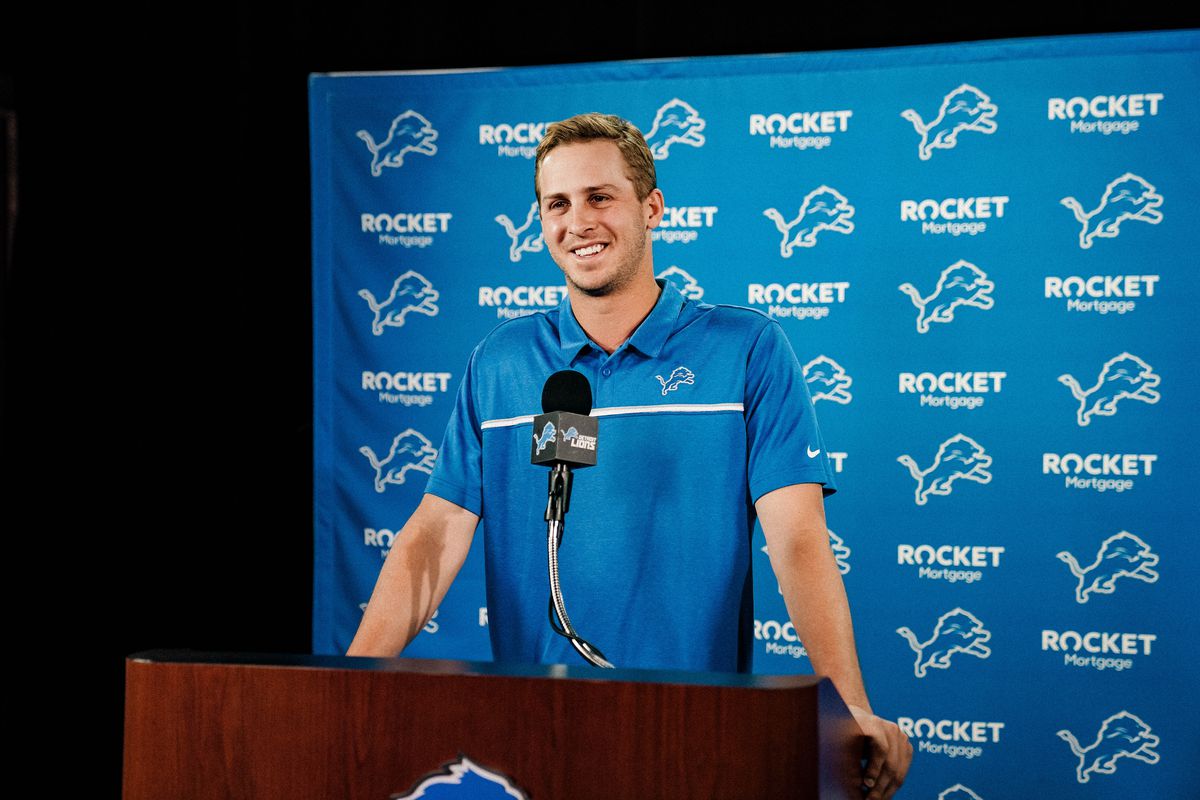 Goff is long removed from his 2018 season when he finished as the QB7. There’s a reason why he was shipped out of Los Angeles this offseason for Matthew Stafford. He doesn’t have what it takes to be a long-term starting QB anymore. He finished last season with mediocre stats (see above), and he finished as the QB18. On top of that, he’s now playing for a Lions team that has a very weak WR room. Their top pass-catching targets, besides T.J. Hockenson, are Tyrell Williams, Breshad Perriman, Quintez Cephus, and Amon-Ra St. Brown. He does have a “nifty” D’Andre Swift lined up in the backfield that has already proven to the fantasy world that he can produce great receiving numbers, but that won’t be enough. Goff’s ADP stands currently as the QB28, and that seems like a logical place for him in 2021. It’s also hard to rely on a fantasy QB that averages 4.56 rushing yards per game in his career. 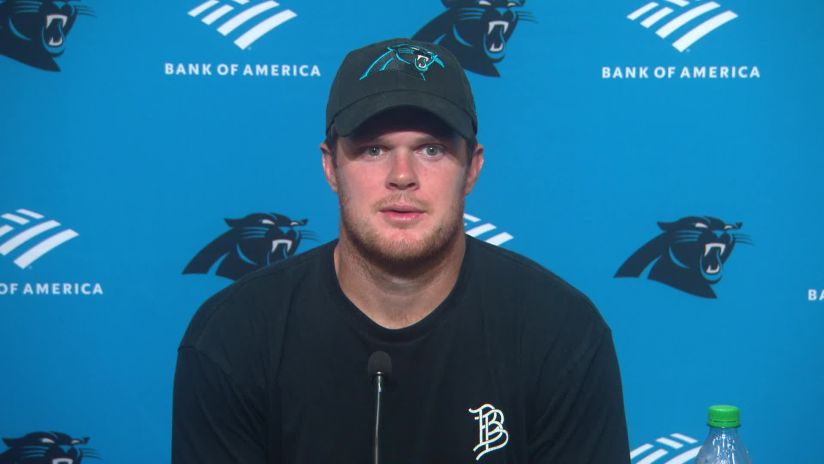 Here we go again. Darnold’s name is being thrown out in the fantasy football media world as a dark-horse candidate to take a big step up this season. News flash: he’s simply irrelevant when it comes to fantasy football. He finished as the QB27 in 2018, the QB27 in 2019, and the QB30 in 2020. Sure, he has a better supporting cast surrounding him in Carolina, but he cannot be trusted just yet. Expect the Panthers to rely heavily on the play from Christian McCaffrey once again. Darnold was featured in this article last year, and he has shown no reason to stay off of it this year either. It also seems like the Panthers are unsure about his future with the team. They did give up a sixth-rounder in this year’s draft along with a 2022 fourth-rounder, but that’s not much for a cheap QB still on his rookie deal. They also declined his fifth-year option, showcasing even more hesitancy on their part. Until Darnold proves himself as a worthy “spot-starter” in fantasy, stray away from drafting him each and every year.

It almost hurts placing Watson on this list. Seeing his name on this list at the end of last season would’ve meant that there had been a typo of some sort. But with all of the allegations surrounding the fantasy stud, he shouldn’t be drafted by anyone in redraft leagues. Unless his allegations disappear, it looks like he won’t be playing in the NFL this season. As a fantasy football junky, this “possible” outcome is hard to swallow. He’s simply dominated both in the real world and in the fantasy football world. He has finished inside the top five amongst QBs in fantasy points three seasons in a row. If you have him in your keeper or dynasty league, DO NOT drop him just yet. He could become a great trade asset, but he’s simply too good to drop right now. Expect a ton of Tyrod Taylor this season until Houston decides to tank. At that point, we could see a mixture of Jeff Driskel and rookie Davis Mills.